I was delighted to be named Student Journalist of the Year 2016 during the inaugural Words By Women Awards!

Student journalist of the year, and winner of two weeks work experience at @SkyNews is @floracarr_

I’ve won two weeks work experience with Sky News. Here I am with the incredibly Kay Burley, who presented me with my prize after my thank you speech.

I was featured in a follow-up Guardian article: http://www.theguardian.com/media/2016/mar/22/words-by-women-awards-winners

I include the full article below:

The inaugural Words By Women awards, set up to recognise excellent women in journalism in response to the consistently low numbers of women nominated for the Society of Editors’ Press Awards, was characterised by a sense of solidarity and camaraderie on Monday night.

Sky News’s Kay Burley presented the event held in Soho’s Groucho Club, and other high-profile media personalities appeared on stage, including Yasmin Alibhai-Brown, ITV News’s Charlene White and Lisa Markwell, who pointed out that it was the first time she had been introduced as the former editor of the Independent on Sunday. 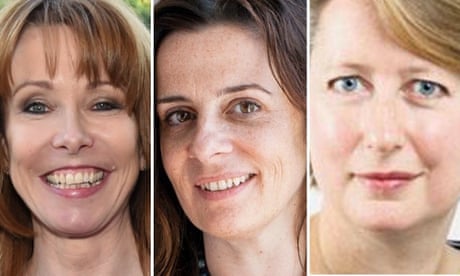 Top journalists sign up as Words By Women judges

The event was set up by five women journalists in response to the low number of women nominees in this year’s Press Awards. One of the co-founders, Mollie Goodfellow, said: “We were so overwhelmed by the feedback. We didn’t expect anyone to say actually we really need this, and people have, and that’s been amazing.

“Something I think that women generally struggle with in this industry is saying, ‘Actually, I do this, and I’m good at it, and you need to recognise that.’ So reading nominations from people nominating themselves, and their friends, was really lovely, and also seeing men nominate their peers.”

One of the judges, Zing Tsjeng, the UK editor of Broadly, pointed out that compared with other journalism awards a lot of younger women were being nominated. “I thought it was really important as the editor of a website aimed at young women to support that,” she said.

Or as Kay Burley put it: “I believe there’s a special place in hell reserved for women who don’t support other women.”

Burley demonstrated her approach by promising that the winner of the student journalist of the year award, Flora Carr, would be welcome to pick her brains over a glass of wine. And there was also the offer of two weeks’ work experience with the award’s sponsors, Sky News.

Carr said: “I feel amazed. It was so surreal to be surrounded by all these inspiring women, and it’s great to know that the industry I want to go into is so supportive of up-and-coming female journalists. It was amazing having my picture taken with Kay Burley, let alone knowing that I’m going to be working with her.”

The organisers of the Words By Women awardssaid they had more than 1,000 nominations and entries across 14 categories.

BuzzFeed’s Rossalyn Warren, who has written extensively about the refugee crisis in Europe, was awarded news reporter of the year, and said: “It’s refreshing to have women recognised in such a way … but it’s also depressing to have the need for such awards in the first place. If women in the journalism industry were put on the same level as men, there would be no need for such awards. I hope the tide in the industry will shift in time. In the meantime, I’m thrilled to be have won and be nominated by some of the most accomplished women that I look up to every day in my work.”

On stage, many of the women giving or accepting awards mentioned the everyday events that highlighted sexism in the industry, from a male sports journalist “correcting” a female colleague saying the word “networking” to “netballing, you mean”, to the winner of broadcaster of the year, Sophy Ridge, saying she had been mistaken for “the weather girl” or “a fashion journalist” at Westminster.

Alibhai-Brown said that the Society of Editors executive director, Bob Satchwell, nearly fell off his chair when she pointed out to him on Radio 4’s The Media Show that in 25 years of being a prominent female commentator in the press she had never once been invited to the awards. It is obvious, she said, that recognition in the industry is more about what you look like than the work you do.

As a result of the creation of the Words By Women awards, the Society of Editors, which runs the Press Awards, has set up an advisory group looking at equality issues, headed by Sue Ryan.

Full list of Words By Women nominees and winners